I just released my WWII rules, A Sergeant's War, in PDF form for sale here.  Here is an in-depth AAR of one of the scenarios featured in the main rules, "Row by Row," which features a heavily reinforced platoon of American infantry trying to break through a German defensive position in the bocage.  Here are pictures and a blow-by-blow account, including a description of game mechanics. 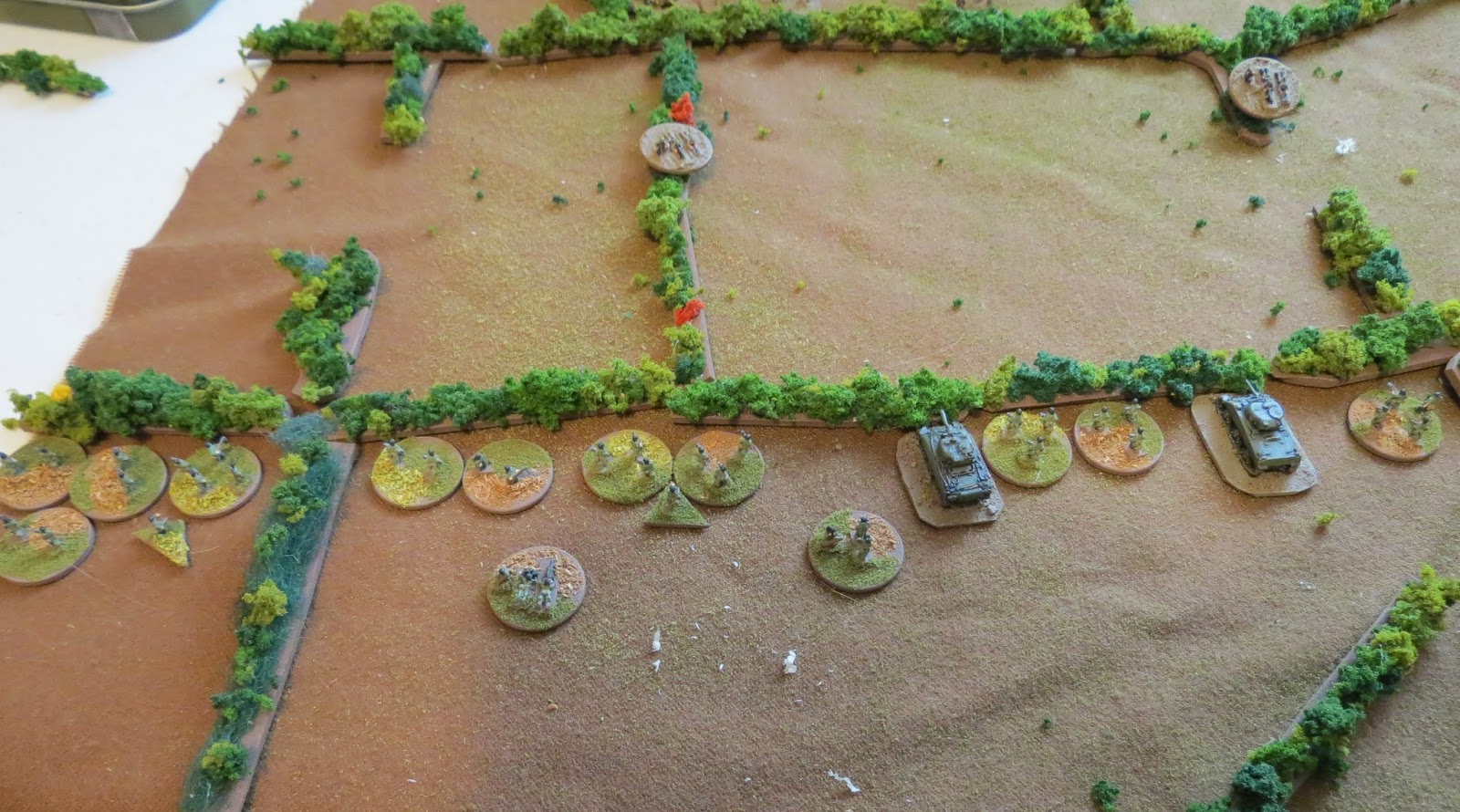 The board was 36"x36---but with 6mm forces, I play at half scale, so the space was only 18"x18". The Germans attack from the north with the objective of taking a road at the south side of the board. 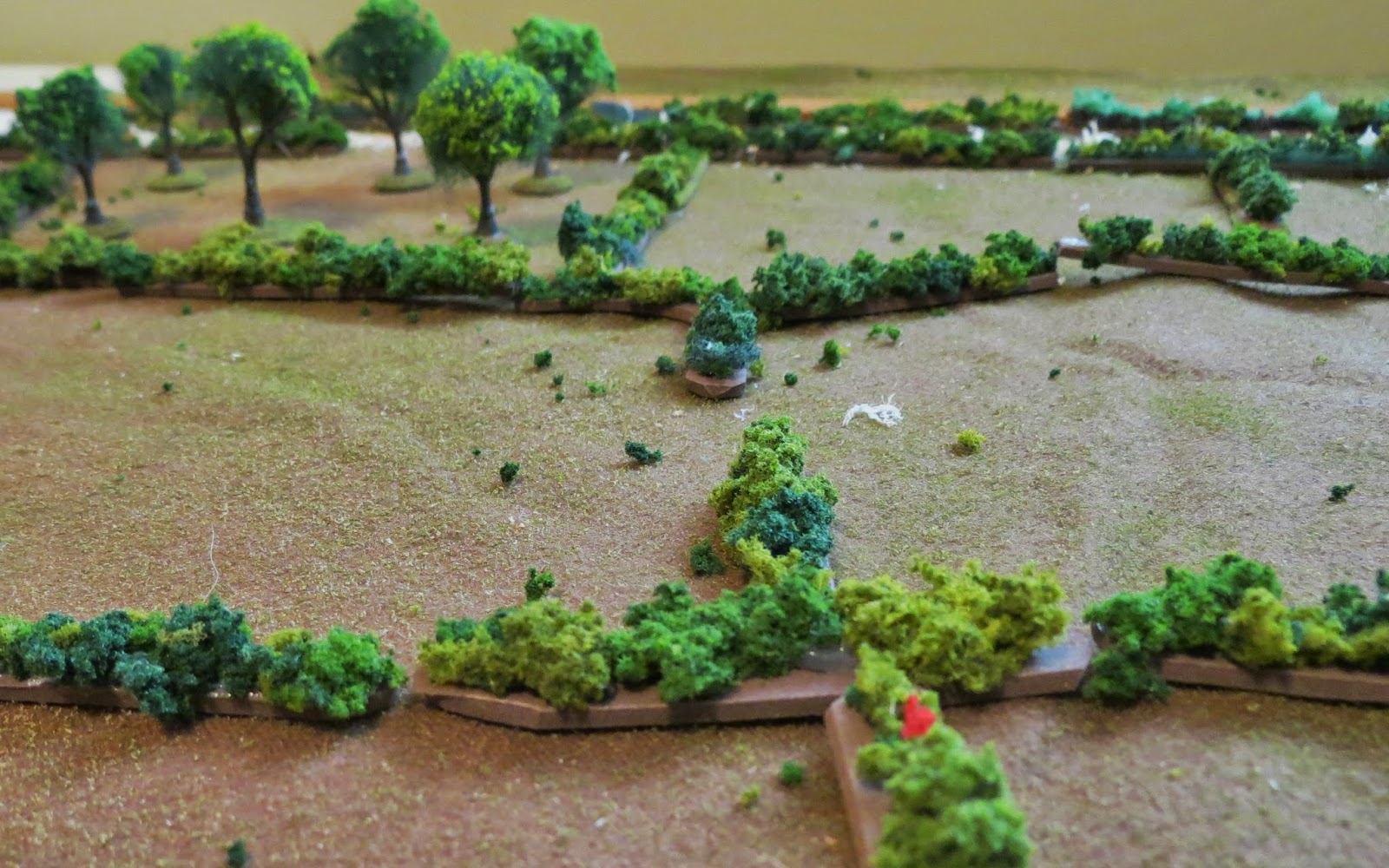 The US moved forward on turn 1, establishing positions along the bocage.  The Germans waited, holding their fire.  The US sent troops forward into the fields, in the face of German fire, and the game really started.

With a German unit spotted (because they fired), another American unit surged forward, attempting to close into "firefight range" (how A Sergeant's War handles assaults/close range fire).  The squad of 6 men, with a Squad Leader, moves forward into a hurricane of German defensive fire.

Now, the Americans try to open up on newly revealed German positions.

The game took me under an hour to play (about 15 minutes to set up) and resulted in 18 German casualties vs 21 US casualties, 1 destroyed tank, and 1 abandoned tank.  The Germans suffered high casualties, but were up against ferocious US firepower.  Two American assaults were defeated before the Americans finally broke through.  At one point in the game, the Americans came very close to their "breaking point," a game mechanic which adds morale penalties if a force has suffered too much damage.

Please ask away if you have any questions about the game. Thanks for reading!
Posted by Nathaniel at 6:37 PM