The Men Who Would Be Kings: Run the Gauntlet

We played a game of The Men Who Would be Kings today, featuring a force of British infantry and imperial cavalry trying to run a gauntlet of Zulus. I had originally intended to run this game at Millennium Con, but had to cancel my trip, so we played it at Myth Adventures instead. 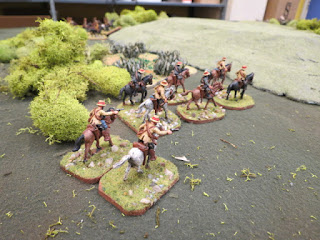 Pics and a game summary below. Short version: The British lost, badly! 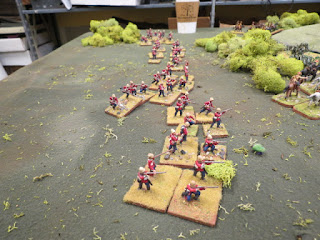 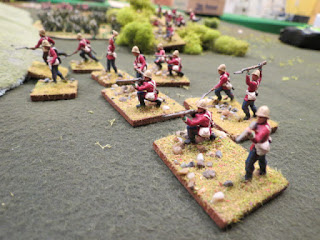 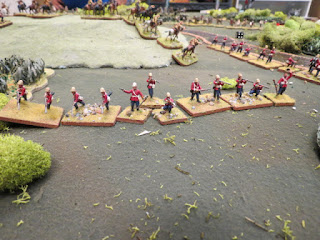 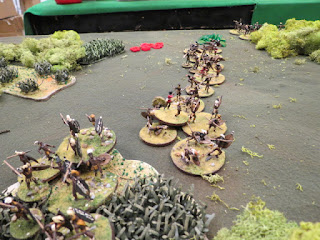 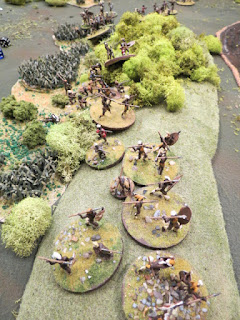 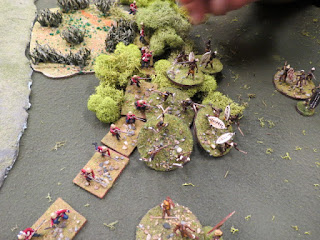 The Zulu assault goes splendidly. Four units of British infantry barely managed to inflict 5 or 6 casualties, at effective 12" range, and only pin a single attacker. The Zulu assault crashed into the British lines and smashed them. 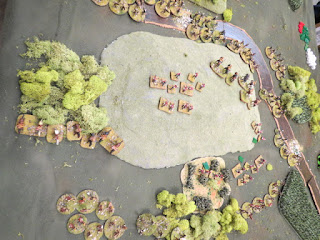 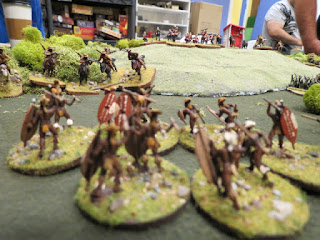 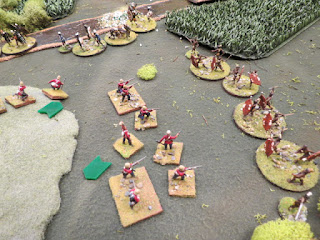 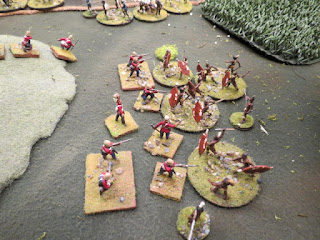 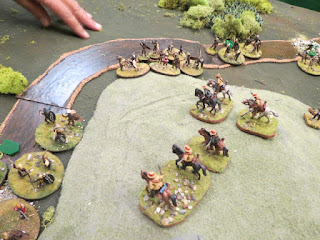 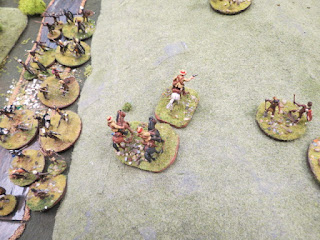 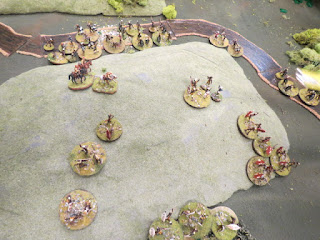 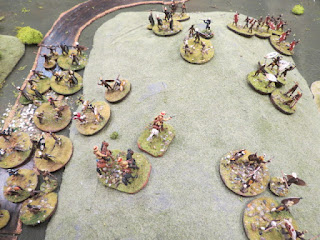 Posted by Nathaniel at 6:44 PM